Get On
the mic Mike

Mike the Mic Checka
The Story of His Life 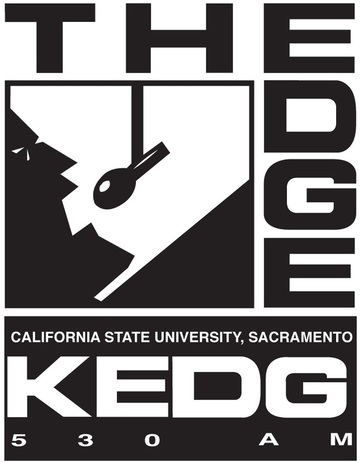 Our first logo, "Mike," was designed to capture the feeling and imagery of the "modern rock" era in the late 1980s and early 1990s. Although we were not starting a modern rock station per se, we knew there would be a clear emphasis given other college stations and our own musical tastes.

Black and white were the colors of choice for many alternative music designs, art, and logos (e.g. I.R.S. Records, Nine Inch Nails, Nitzer Ebb, Ministry). The use of negative space and simplified graphics were also very on-trend in the alternative music arena.

We chose the call letters KEDG to coincide with the concept of "The Edge." As the original station was a carrier current, we were not bound by FCC call sign rules and were free to choose what we wanted. "The Edge" concept paid homage to the likes of commercial, modern rock stations Live 105 (KITS 105.3) in San Francisco, KROQ (106.7) in Los Angeles, and 91X (XETRA 91.1) in San Diego.

KEDG imagery was used extensively, well before we had an actual station. We staged promotional events on and around campus. We flyered, we stickered, we spread the word. We were guerilla and viral marketers before those were even terms!

Jim Bolt used his graphic design experience to come up with the original concept. Pat Varney further refined the artwork with his computer graphics skills. Mike is a copyrighted work.

In the early 1990s, the station management chose to change the call letters due to a cease and desist letter from a commercial radio station known as KEDG.

Note: Rick Carroll, BA '69, was involved with Sac State's first student-run radio station, KERS (1970-1979). He is largely credited as the father of the "modern rock" format (originally known as "Rock of the Eighties"). He worked as Program Director at KROQ (106.7, Los Angeles), and later as a consultant. He spread the modern rock format to 13 other stations (including 91X).

The Rick Carroll Scholarship, for Sacramento State Communication students, was established after Rick's death in 1989.

KERS became KXPR in 1979.
Below are the designs for the original KEDG bumper sticker, T-shirt, and stationery. 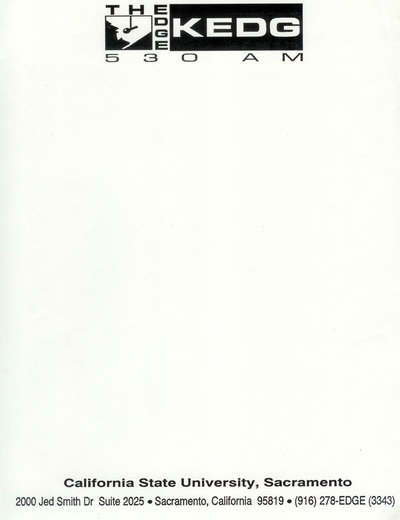 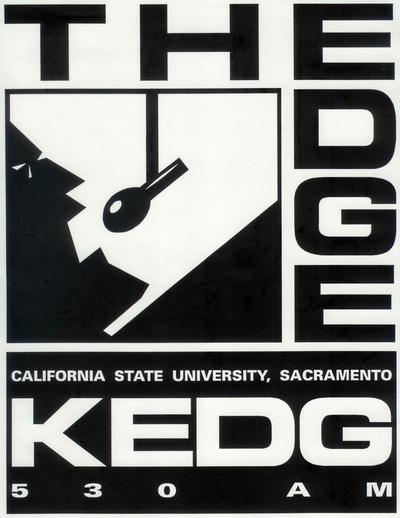 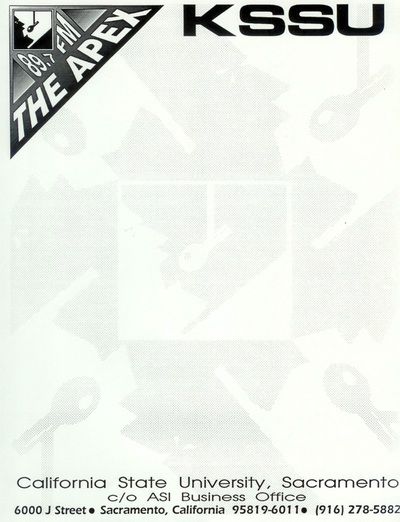